Currently, the digital twin is an emerging technology which is being discussed in several domains. The concept is based on modeling assets with all their geometrical data, kinematic functionality and logical behavior using digital tools. The digital twin refers directly to the physical asset and allows it to be simulated, controlled and improved. According to Gartner, “less than 1 percent of the physical machines and components in use today are modeled such that the models capture and mimic behavior”.

At the moment, digital twins are being discussed in Industrie 4.0 working groups in the context of asset administration shells or Industrie 4.0 components. From our point of view, digital twins will become a major topic for research over the coming years because they are not single objects or monolithic data models, but include different aspects of digital representations, functionalities, models, interfaces etc.

From a manufacturing and engineering perspective, it is evident that digital twins require and cover a number of different aspects, such as

Digital twins are essential for Industrie 4.0 and the digitization of manufacturing. Their content is key during all stages of the life cycle and within different types of platforms and tools, from engineering to after sales services.

FA³ST is a toolbox under development for Digital Twins based on the I4.0 asset administration shell specification.

(The english product page is currently under construction.)

Models from different phases of the life cycle should interact. Due to the well known heterogeneity of interfaces, this is a big challenge today. Standardized syntax (protocols) and semantics (information models) provide a remedy. Industrie 4.0 components interact with each other via submodels contained in their administration shells (Asset Administration Shells). 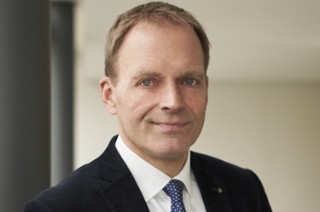