Imaging simulation as a tool for imager performance assessment

Fraunhofer IOSB develops and employs different types of imaging simulation software for studying the performance of thermal imagers and active electro-optical systems. These tools generate images that a defined imaging system would output, based on an undistorted high-resolution input image of the scene. Therefore, the input image is modified step by step according to the effects of each component of the imaging chain. Depending on the considered spectral band, the pixel values of the input image may correspond to the temperatures of the object in the scene or have to be calculated from the reflectivity properties of the objects and the illumination sources.

For the performance assessment of electro-optical systems, imaging simulations offer advantages and disadvantages compared to analytical models such as TRM4. The biggest benefits come from the usage of image data that allows for a realistic simulation of anisoplanatic and statistical effects such as turbulence as well as the simulation of any advanced digital signal processing algorithm integrated in the system. However, the assessment of electro-optical system performance requires to evaluate the quality of the resulting images, which is an art in itself. While image quality metrics can be used to rank the quality of the resulting images and thus the imager performances, the calculation of the range performance is even more complex as it requires a realistic model of the human perception process for the considered scenario.

Details about our imaging simulation software

OSIS is an imaging simulation software for passive imagers, i.e. imagers without a built-in illumination source. Currently, the imaging simulation is restricted to the thermal infrared spectral band. The atmosphere and imager are specified using the extensive options of the TRM4 software – a corresponding TRM4 file can be loaded in the OSIS graphical user interface. Within this graphical user interface, the user may define:

Based on this input data, OSIS simulates the resulting images at each component of the imaging system including the display. These output images can then be used to evaluate the performance of the specified imager for the considered scenario.

Parts of OSIS’ capability are also used within the “image-based” approach of the ECOMOS (European Computer Model for Optronic System Performance Prediction) project. ECOMOS is a novel approach for electro-optical system performance assessment that will allow in the long run to evaluate the effect of advanced digital signal processing algorithms on the performance. More information can be found in the OSIS and ECOMOS publications as well as on the ECOMOS website.

Active electro-optical imaging systems use a built-in light source with the purpose of increasing the contrast of the object of interest against its background. The light source is usually a laser, whose coherence will create speckled patterns on the scene when transmitted through a turbulent atmosphere. This kind of disturbance on the camera image cannot be faithfully reproduced by an optical transfer function for moderate to strong turbulence conditions. In these cases, we use internal tools to simulate the light path through the atmosphere and get realistic turbulence patterns on the scene. Using external tools (e.g. OKTAL-SE workbench) to simulate reflectance maps of the scene of interest, scene images are simulated at the sensor focal plane and can serve as input for further processing using the sensor characteristics. The tools we developed are also suited to simulate gated-viewing applications.

Would you like to learn more about our projects and competences in the field of modelling and simulation of imagers? Then visit the page of the research group Sensor Simulation.

Do you have questions regarding our imaging simulation software or are you interested in a project? Do not hesitate to contact us.

You want to learn more about our products and competences. Then visit the page of our Optronics department.

To the Optronics Department 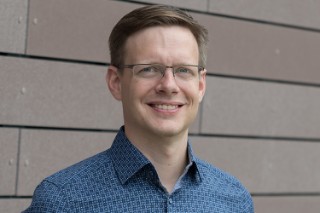