Brief description of the project

The detection and tracking of ballistic missiles during launch or after cloud-break using satellite-based EO-sensors is a promising means for pre-instructing fire control radars precisely. This way, the countermeasure can be initiated in time. At Fraunhofer IOSB, a design concept for satellite-based early warning has been developed in cooperation with German defense industries.

In recent years NATO published a list of 30 countries being able to produce their own ballistic missiles within the next few decades. The majority of these states are located in the Middle East - and most European states would be within the range of attacks. The deployment of a satellite based early warning system will contribute eminently to enhance the vantage point on ballistic missile attacks by detecting ballistic missiles minutes ahead of the fire control radar. This way, valuable time for initiating the countermeasure is gained. To ensure a timely recognition from a space-based point of view, electro-optical (EO) systems that would detect the infrared (IR) signal emitted by the missile plume are best suitable.

Reliable early warning and target tracking can only be conducted, if the ratio between the ballistic missile signal and the observed background (terrestrial and atmospheric) is exceeding a certain threshold. To ensure a sufficiently high value, the selection of the spectral band of the sensor is of high importance: Only this way, the subsequent computing time for applying image exploitation algorithms is minimized. In order to evaluate the performance of those algorithms, test sequences need to be created as realistic as possible. Since both, background and target signature, depend on the environmental conditions, a detailed knowledge of the meteorology and climatology is necessary. Trials for measuring these environmental characteristics serve as a basis, but might only constitute the conditions during a rather short period of time. To represent the entire variation of meteorology and climatology, the application of comprehensive modelling tools is essential.

Do you want to learn more about our projects in the field of warning sensors? Do you need advice or help? Do not hesitate to contact us – we are happy to be of assistance!

Do you want to learn more about our projects in the field of signatorics? Then visit the page of our SIG department and find out about other projects.

To the SIG department 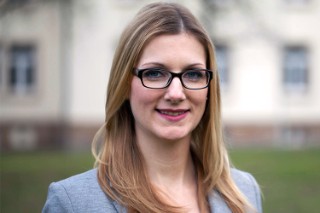