John F. Kennedy, Martin Luther King and Zoran Djindjic are only three known victims who were assassinated by snipers. However, a much larger number of people have had to pay with their lives since the invention of the rifle, because people had shot at them from a distance in the back. Often, shooting from cover is used to achieve dubious goals. During the Bosnian war, for example, Bosnian Serb paramilitaries used snipers to try to demoralize the inhabitants of Sarajevo and force them to surrender the city. A similar approach can probably be observed in the current conflict in Ukraine.

In addition to these attacks on generally unprotected people in the open, vehicles and low-flying helicopters or aircraft are also fired upon. In the event of a hit, all occupants may die. Provided that no critical component or even one of the occupants is hit, a strafing attack on a helicopter can often only be detected after the helicopter has landed. Even if active protection against this is still a pipe dream at the moment, immediate detection of shelling together with directional information would be an essential component in increasing safety - hazards could be avoided, areas flown around, cover sought in the appropriate place.

For almost two decades now, many countries have been working at full speed on the development of appropriate warning devices. In principle, there are several ways to detect a shot itself or a projectile. The projectile itself can be detected - depending on its size - with the help of radar technology, and even the trajectory can be determined. The explosion of the propellant charge that propels the projectile generates a pressure wave that can be detected by microphones. However, the muzzle flash produced by the explosion of the propellant charge can also be detected with electro-optical detectors. If the optical resolution is high enough, the projectile itself can also be tracked along its trajectory.

Asymmetric or terrorist threats in the past two decades and the resulting urgent need have led to the fact that devices for detecting rifle fire are now already being used operationally. The United States and the United Kingdom, in particular, made extensive use of them in Iraq and Afghanistan. Increasingly, however, U.S. municipalities in the area of crime prevention are also using similar warning systems. Cities such as Chicago and Baltimore have already set up warning systems.

Unfortunately, the devices have not worked satisfactorily to date. In most of the systems currently in use, the detection principle is based on acoustic localization. This is not trivial, especially in an urban environment, because reflections of sound from buildings can lead to misinterpretations and thus to errors in determining the location of the launch.

Combining acoustic detection with an electro-optical component is one possible solution for improving the systems. Fraunhofer-IOSB is working on the implementation of a warning system that reliably detects the muzzle flash using electro-optical sensors. Investigations to date have shown good results when using sensors that operate in the infrared spectral range. A high sampling rate will additionally help to reduce the false alarm rate, since the temporal signature of the short duration firing event can be evaluated. An acoustic component will further reduce false alarms and provide information on the distance of the shooter.

Do you want to learn more about our projects in the field of warning sensors? Do you need advice or help? Do not hesitate to contact us – we are happy to be of assistance!

Do you want to learn more about our projects in the field of signatorics? Then visit the page of our SIG department and find out about other projects.

To the SIG department 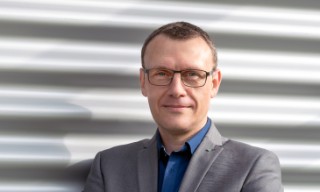