For reconnaissance and surveillance in the security sector, unmanned systems are increasingly being used whose main sensor technology consists of video sensors. Using the example of the Luna drone, which has been successfully deployed by the German Army for many years, a generic integration platform has been implemented into which procedures for automatic Image Exploitation have been integrated.

The main benefit of this process is to relieve the evaluators of several hours of observation and evaluation tasks, as is achieved, for example, by integrated image stabilisation. In addition, new products are derived from the data of the drone, which allow for an improved transfer of results. These include, among others

The use of helicopters, aircraft and, more recently, increasingly unmanned aerial vehicles, means that more and more aerial image data is available for traffic monitoring, analysis and planning or for the coordination of search and rescue operations. Efficient detection of vehicles is essential for these applications. The Fraunhofer IOSB is developing methods for the automatic detection of vehicles in aerial photographs based on deep learning approaches. 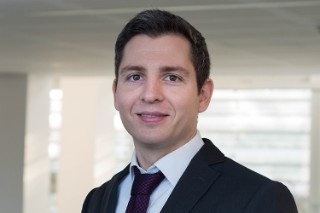