Short description of the project

Water is an essential resource for the human and economic well-being of modern society. Drinking water distribution networks are one of the critical infrastructures with increasing complexity and dependence on other infrastructures. Water distribution networks are at constant risk from deliberate or accidental contamination, e.g. caused by terrorist attacks, technical failure affecting other infrastructures (cascade effects) or natural disasters. These can lead to a partial failure or complete failure of the drinking water supply system.

The ResiWater project intent to enable utilities in a position to secure the drinking water supply optimally even under demanding circumstances and to facilitate by the choice of appropriate measures, the re-boot the system to normal operation after a crisis situation.

This project examines three application scenarios that are considered representative of key civilian security scenarios and impact other infrastructure such as power and telecommunications. These include for example total or partial failure of the water distribution network, contamination of drinking water and events with cascade effects between water, electricity and IT infrastructures. Each of these events can be caused by different threats such as natural disasters or terrorist attacks.

The project aims to increase safety and improve the stability of water supply systems based on monitoring, prevention and response.

Significant progress has already been made in several of the areas addressed in recent years, including the foundations of new sensors for measuring water quality parameters. In ResiWater the long-term stability and the practicality of these sensors will be studied so that the water quality can be measured in the future not only on the outputs of the waterworks, but also in the distribution network. An innovative, automated bio-sensor system is being developed, which is able to detect a very broad spectrum of contaminants in real time. Another goal of ResiWater is to identify which sensors and sensor combinations are best suited for the online detection of contaminations.

The overall objective of this project is therefore to develop improved sensors and secure sensor networks, self-learning monitoring tools, robust simulation models and assessment tools for vulnerability and resilience of water supply systems and thus to increase the safety and improve the resilience of water infrastructure against major threats.

The sub-project of Fraunhofer IOSB and IGB had the following three focal points, which should contribute to increasing the resilience of drinking water infrastructures:

An innovative, automated bio-sensor system was developed in ResiWater, which is able to detect a very wide range of contaminants in real time. In addition, a self-learning monitoring tool was implemented that can reliably detect contamination in drinking water networks. IT security concepts were developed and evaluated together with the water suppliers.

The sensor system and the monitoring tool were tested with the practice partners Berliner Wasserbetriebe (Germany), Veolia Eau d'Ile de France (France), and CUS (Strasbourg, France). In addition, experiments were carried out on the test network of the TZW (Dresden, Germany) and on the test field of CEA / DAM (Gramat, France).

The project is funded by the German Federal Ministry of Education and Research. 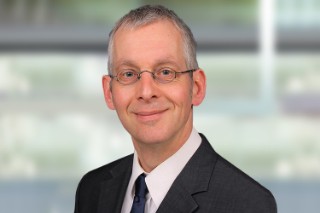