In Germany, Europe’s largest refinery location, more than 2400 km of crude oil pipelines connect refineries, ports, and storage facilities. High pressure ensures the efficient transport of oil through these pipelines, but this puts the pipeline’s material under stress. In addition to corrosion, pipe bends or weld seams are weak points in the pipelines and are particularly susceptible to leaking. To prevent environmental damage from leaks, pipeline providers carry out pressure and flow tests or wall thickness measurements by robots (aka pigs). These complex procedures usually involve an interruption of regular operations and are only performed occasionally because of the resulting loss of profit. So far, aerial monitoring of soil discoloration due to oil leakage by airplane or helicopter has only been carried out visually.

The ZIM-funded project »Hyperspectral Oil Leak Detection HYPOD« aims to record both optical image data with a high spatial resolution and aerial images with a high spectral resolution (hyperspectral) by an aerial sensor platform. An automated, sensor-based evaluation in real-time ensures early and reliable detection of leaks, which supports or even replaces a purely visual and, therefore, error-prone evaluation. The underlying measuring principle is detecting the material-specific reflection behavior of crude oil on the earth's surface and the suppression of false alarms by other oil-bearing products, such as plastics.

Fraunhofer IOSB, with its department “Scene Analysis”, is developing the methods for hyperspectral oil detection in the HYPOD project. The specific knowledge originates from a measurement campaign in 2015 (see Lenz et al. 2015). Other detection algorithms for the reliable and automatic detection of oil are also currently tested. The basic principle of the detection method in hyperspectral remote sensing is the following:

Ordinary (multispectral) cameras are sensitive to the visible reflected solar radiation. More complex cameras sometimes also record near-infrared or thermal signals. With a hyperspectral camera, the entire wavelength range of visible, near-wave, and short-wave infrared light is measured. Compared to only three channels of standard mobile phone/RGB cameras, several hundred to a thousand channels are available for hyperspectral cameras. The resulting reflection spectrum is a spectral signature, which is characteristic for each object and material. Also, oil has such specific reflection behavior. The difficulty of hyperspectral remote sensing lies in the fact that the mixing of oil and soil substrates/vegetation also causes the reflective properties of these materials to overlap. In addition, there are external factors such as atmospheric influence and distortion of the recorded images due to the movement of the flight platform.

A realistic test scenario was set up to develop a reliable detection method. Different soil substrates were mixed with three types of crude oil and diesel in oil catch pans. Some of these oil pans were used to simulate common false alarms caused by plastic objects, to prompt unwanted mix-ups with objects of similar material properties. For hyperspectral measurements from the air, Fraunhofer IOSB uses the latest hyperspectral sensors. Due to advantages in sensor technology, these sensors are now small enough to allow an operation with using drones (e.g., DJI Matrice 600 Pro). Due to its low weight of 2.83 kg, the Hyperspec Co-Aligned VNIR-SWIR from Headwall enables a 12 to 18-minute flight per battery set, which corresponds to an area coverage of approx. 4.2 ha at an altitude of 80 m and an approximate pixel resolution of 4 cm.

The preliminary results show that reliable detection of the three types of crude oil and diesel is possible with a low number of false alarms. False alarms can be suppressed in the surrounding area and within the oil catch pans with the plastic objects, while simultaneously preserving the good detection rate. Darker soil substrates and vegetation cover slightly reduced the detection performance. For this reason, machine learning approaches will be used in hyperspectral oil detection in future studies, which could additionally reduce the false alarm rate.

You want to learn more about our products in the area of scene analysis? Then visit the page of our department.

To the Scene Analysis Department 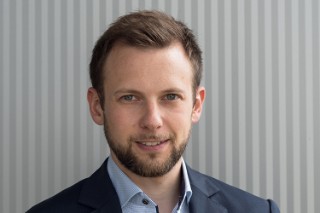